If you want to purchase One Piece Odyssey digitally, then you can choose between the standard and deluxe editions. So, what are the differences between these two versions? You can find out in this comparison guide at Seeking Tech.

Unlike the standard edition, the One Piece Odyssey Deluxe Edition includes Adventure Expansion Pack, which is a future story DLC pack. The more expensive version also comes with twice the number of Berries, which is an in-game currency. Last but not least, you will also get the Sniper King Outfit Set for Usopp.

Both editions come with the main game along with the following in-game items:

You can take a look at our comparison table for the standard and deluxe editions of One Piece Odyssey below:

Both editions come with the main game. For the uninformed, One Piece Odyssey is a turn-based Japanese role-playing game based on the popular anime and manga series.

When it comes to in-game items, both editions will provide you with 10 Energy Apples. These items will heal the HP of your party members when used during battles.

Both will also come with 10 Excite Apples, which restores the TP of your characters in fights.

Furthermore, you will also get 3 Golden Jellys in both cases. You will need these in order to revive a party member that ran out of HP in battles.

If you get the standard edition of the game, then you will get 100,000 Berries, which is an in-game currency. You will get double the amount with the deluxe edition instead. 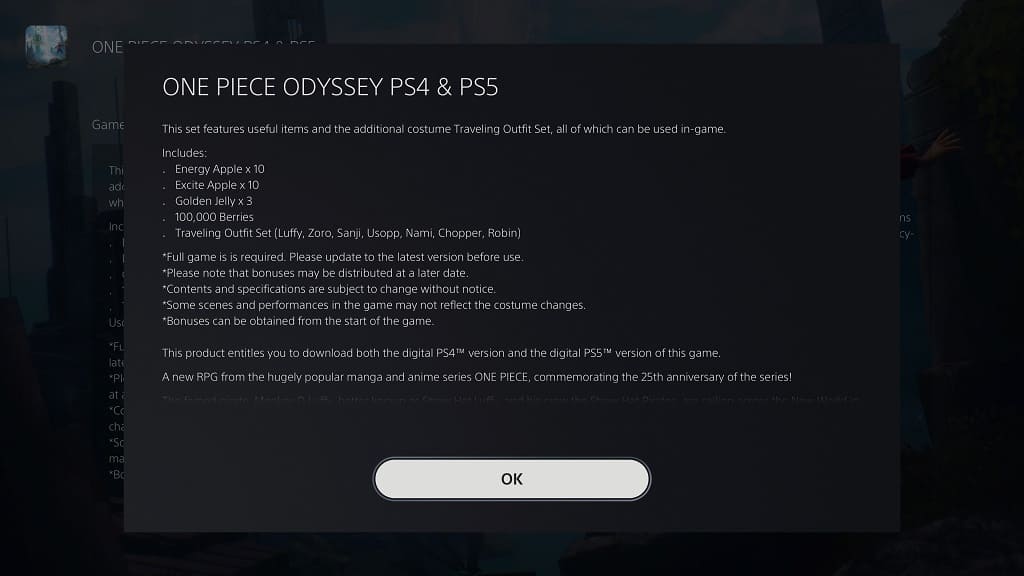 Both digital editions of the RPG come with the Traveling Outfit Set, which includes alternate costumes for Monkey D. Luffy, Roronoa Zoro, Nami, Sanji, Usopp, Chopper and Nico Robin. These outfits provide a classic look to the characters as the clothing will be based on when they first appear in the anime and manga.

Keep in mind that you won’t be able to see the alternate costumes in per-rendered cut scenes when playing One Piece Odyssey.

The One Piece Odyssey Deluxe Edition is the only product out of the two to come with the Adventure Expansion Pack, which is an upcoming story-based DLC release.

If you get the standard edition instead, then you need to buy the Adventure Expansion Pack separately. It is currently unknown how much the story DLC will be priced as a standalone product. 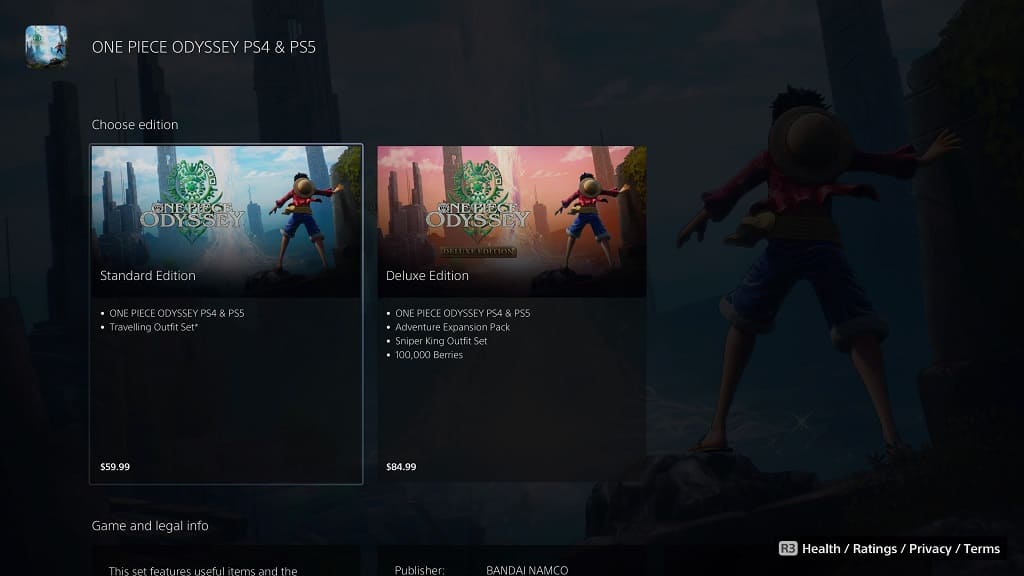 Exclusive to the digital deluxe edition is the Sniper King Outfit Set, which is an alternate costume for Usopp.