If you planning to get Forspoken digitally, then you will be able to pick between the standard and digital deluxe editions. You can check out this comparison guide from Seeking Tech to see what the differences are between these two products.

By purchasing the deluxe edition of Forspoken, you will not only get the Forspoken: In Tanta We Trust prequel expansion, but you also get to play the DLC sooner thanks to early access. The more expensive version also comes with a Rare Resource Kit to go along with the digital art book and soundtrack bonuses.

You can find our comparison table for the standard and deluxe versions of the action role-playing game below:

Of course, both editions come with the main game, which is developed by Luminous Productions.

For the uninformed, this studio is made up of former developers from Final Fantasy XV. Hence, you may see a lot of influences and similarities from the 15th mainline installment of the Final Fantasy series.

Forspoken releases on the PC and PlayStation 5 on January 24, 2023. 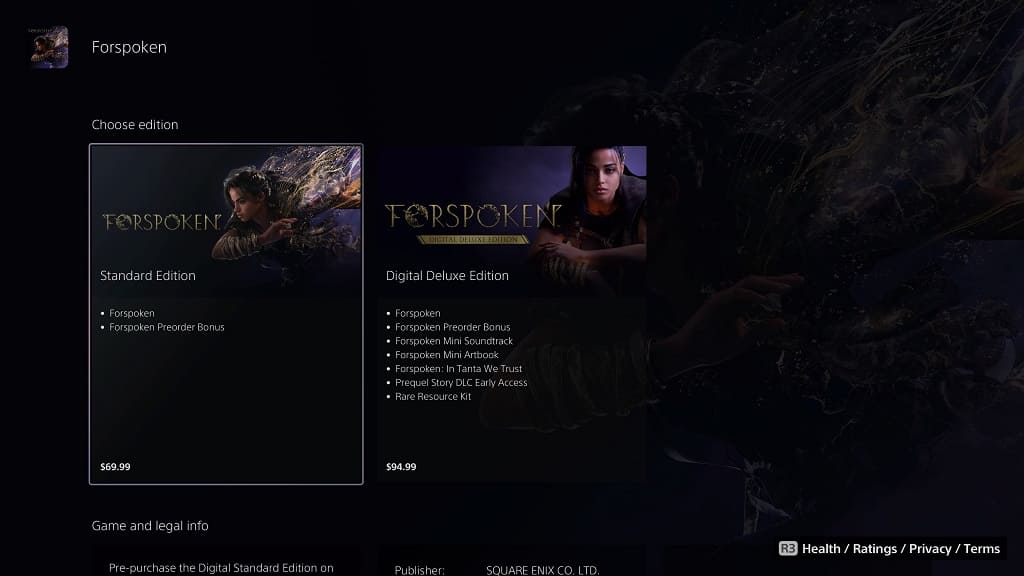 Forspoken: In Tanta We Trust

In Tanta We Trust is an upcoming story expansion for the main game. It is slated to take place before the events of Forspoken.

This DLC will not only be included with the deluxe edition of the game, but you will also be able to play it sooner via early access.

If you are only getting the standard edition of the RPG, then you have to buy Forspoken: In Tanta We Trust separately at a later date. There is currently no price listed for the DLC for those who want to purchase it as a standalone.

The expansion is slated to come out sometime during the Summer of 2023. 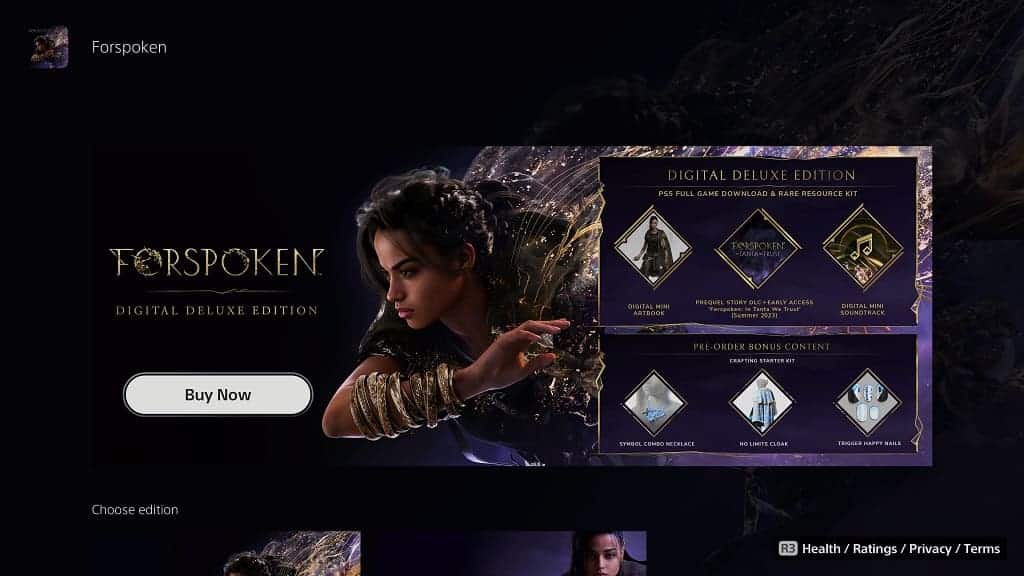 When it comes to in-game bonuses from buying the game digitally, both editions offer the following:

Some of the aforementioned in-game items may be made available for purchase separately, as microtransactions, at a later date.

With Forspoken Deluxe Edition, you will also be getting the Rare Resource Kit. 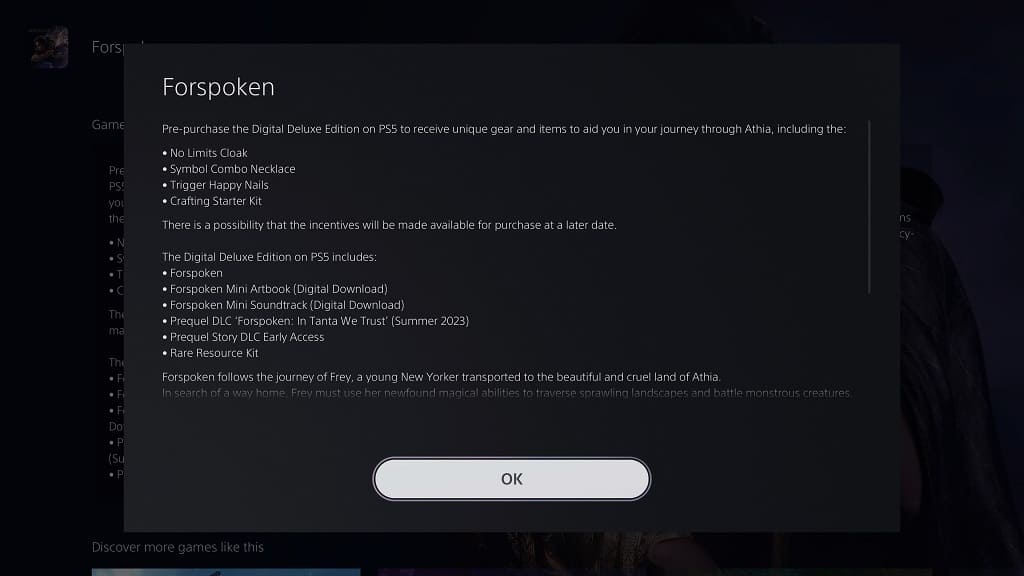 By getting the digital deluxe edition of the game, you will also be able to download a digital mini artwork.

Furthermore, the deluxe edition also comes with a mini soundtrack that you can download.