If you decide to get the upcoming Like a Dragon: Ishin digitally, then you can purchase the standard edition or digital deluxe edition. So, what are the differences between these two versions the Yakuza spin-off title? You can find out in this comparison article from Seeking Tech.

Aside from the aforementioned differences, the two editions are the same as you will get the base game as well as the Kijinmaru Kunishige sword, Tsuyano Usukurenai sword and Black Ship Cannon weapon pre-order bonuses.

You can take a look at our comparison table for the standard and digital deluxe editions below:

Both editions of Like a Dragon: Ishin come with the base game. For the uninformed, this title was originally released for the PlayStation 3 and PlayStation 4 as Ryu ga Gotoku Ishin in 2014. It only came out in Japan, however, as Sega never localized the Yakuza spin-off for other regions.

On consoles, Like a Dragon: Ishin is a cross-buy game, which means that you are entitle to both the PS4 and PS5 versions if you bought it at the PlayStation Store. If you bought the game on the Microsoft Store, then you should end up with both the Xbox One and Xbox Series S/X versions.

If you pre-order either edition, then you will get the dark sword Kijinmaru Kunishige along with the blood-soaked Tsuyano Usukurenai sword.

You will also be able to unlock the Black Ship Cannon, which is based on the cannons find on western ships. 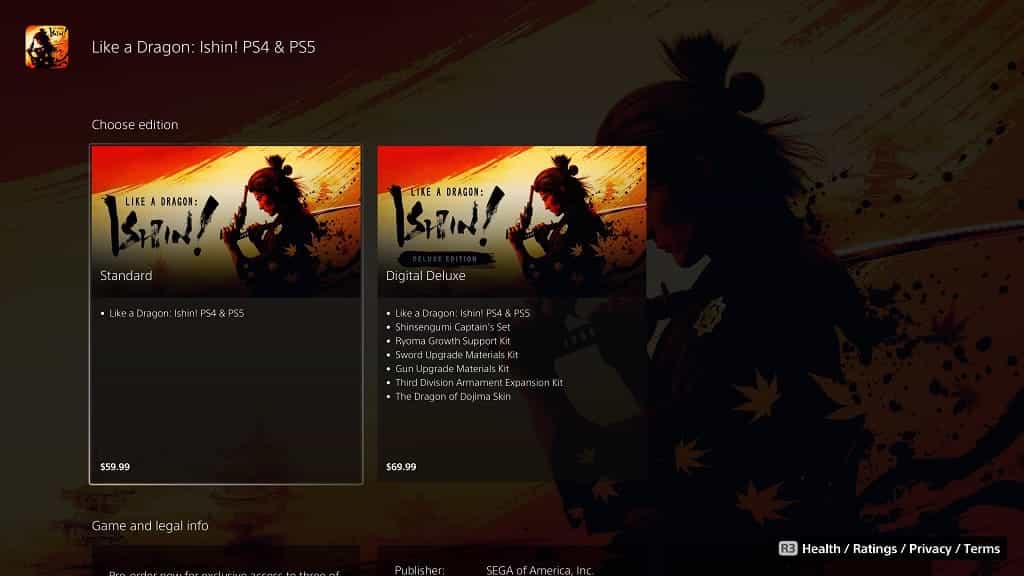 The Like a Dragon: Ishin Digital Deluxe Edition is the only one to come with other in-game bonuses. You can take a look at the full list below: 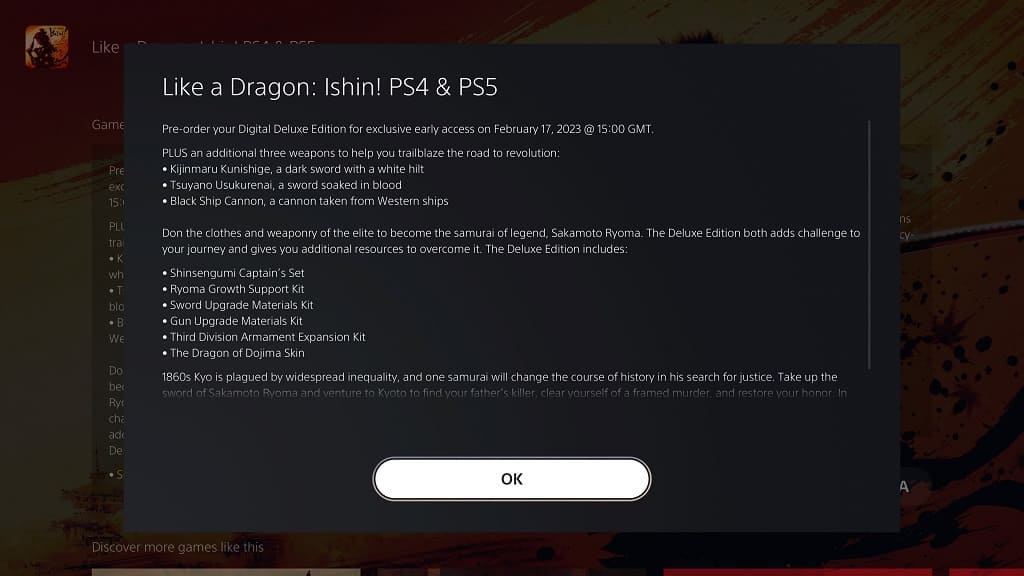 By purchasing the deluxe edition, you will also be able to play the game several days earlier when compared to the standard edition.

The Like a Dragon: Ishin Digital Deluxe Edition comes out on February 17, 2023, in the U.S. region, which is four days earlier than the other version.