Thanks to a recent firmware update, you are now able to view hidden achievements directly on your Xbox Series X or Xbox Series S console. To find out how to do so, you can take a look at this tutorial from Seeking Tech.

1. Before anything else, make sure that your Xbox Series X or Xbox Series S console has been updated to the latest firmware.

To check whether or not a new firmware is available, you can take the following steps:

2. With the system up to date, press the Xbox button to open the Guide menu.

3. From the Guide menu, switch tabs until you get to Game Activity.

Alternatively, you can also select the “All Achievements” option, which shows a list of all your games, that contain achievements, you have played on your Xbox account. After choosing “All Achievements,” you then need to select a game before you continue to the next step.

5. Next, you need to select a secret achievement from the list.

6. In the pop-up menu, you should then select the “Reveal details” option. 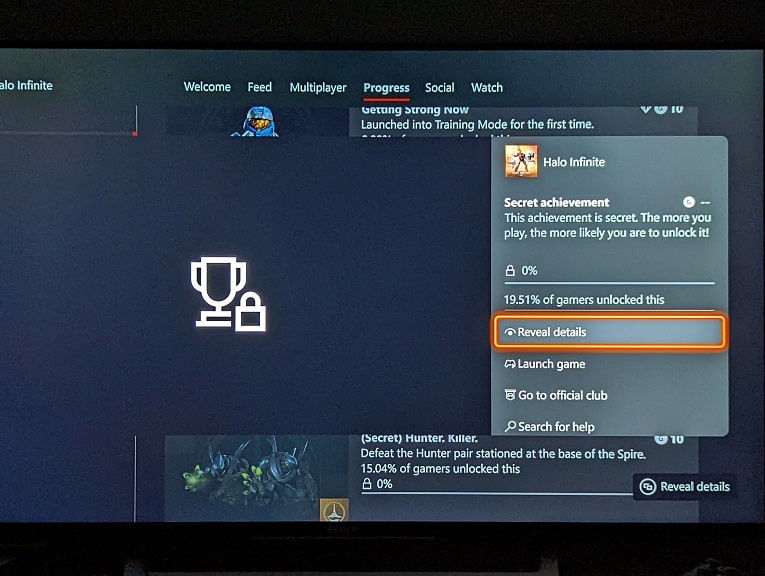 If you want to re-hide a secret achievement directly on your Series X or Series S, you can do the following:

1. Open the Guide menu and then head over to the Game Activity section.

3. Afterwards, select the achievement that you want to hide again. For the uninformed, achievements that can be hidden should have “(Secret)” written in front of its name.

4. In the pop-up menu, you then need to select the “Hide details” option.

To see how you can enable VRR support for the Xbox Series X and S consoles on your LG B2, C2 and G2, you can check out this tutorial.